Markham tucks into a turkey....It didn't stand a chance!

What fantastic weather we had for the tournament.

The Crimbo Pullies were out in force and the course looked beautiful.

The halfway house went down a storm. 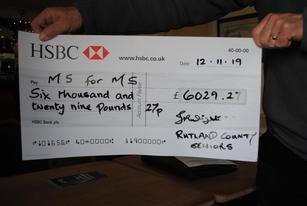 Motor Sport for MS links up with the Rutland County Golf Club's Senior Section for 2019.

Steve Markham, the 2019 Seniors Section Captain introduced myself and Motor Sport for MS as his nominated charity for 2019 at the Christmas dinner after the Festive Stableford Golf Tournament.

All monies collected via the Golf Club will go, through Motor Sport for MS, to the MS Society and then ALL that money will go to the Peterborough MS Society Group. 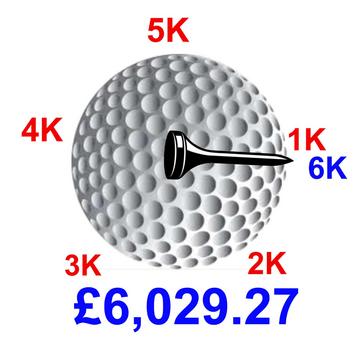 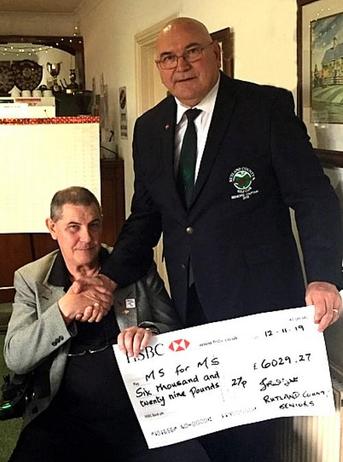 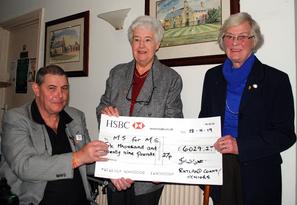 This is the 'big one' during Steve's tenure as Seniors Captain.

Well, what an event, Steve Markham and all the members of the Rutland County Golf Club put on.

The Golf tournament and then the dinner and evening entertainment all went well. Steve, as Senior Section Captain has put his heart and soul into the event. He initially went out to get the holes sponsored and to add value to the sponsorship he decided to have a programme printed for the event. My friend and personal sponsor for printing leaflets for MS4MS, Mike Hodgkins of the RVS Group stepped up and agreed to print the programme. This meant that all the £1275 that was raised could be added to the pot without the printing costs.

Steve's wife Ann, along with help from some of the club members ran two raffles, one during the day and one in the evening, which raised an incredible £773!

John Adkins, a club member and former Captain, organized and ran the putting competition after the gladiators came in from their main round and raised another £85.20.

Once all the monies collected, and the outgoings were totalled up, Steve and everyone involved in the day have raised a staggering £2,214.01 with another £200 due. Absolutely fantastic guys.

Thank you all so much.

My old mate Steve Markham has just finished his year as Senior Captain of the Rutland County Golf Club, but before he handed the reins over to Stuart Butler at their AGM on Tuesday 12th November he announced the total he and the members of the Seniors Section have managed to raise for Motor Sport for MS.
Would you believe the total is an amazing £6,029.27. Well done guys, what a fantastic result.
Thank you so much Steve and all of the guys and gals at the RCGC Senior Section.

When Steve started his year's fundraising he stipulated that he wanted the money to be used for the MS Society but he also wanted it to stay local. So, two representatives from the Peterborough MS Group, April and Anne were on hand to accept a cheque for £6,029.27 from Motor Sport for MS. 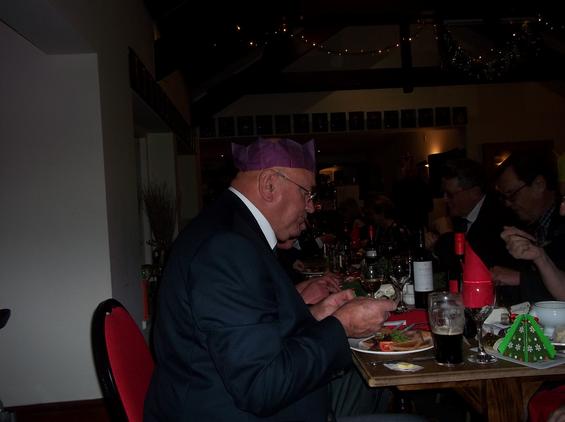 WELL DONE ALL OF THE SENIOR SECTION OF THE RCGC.