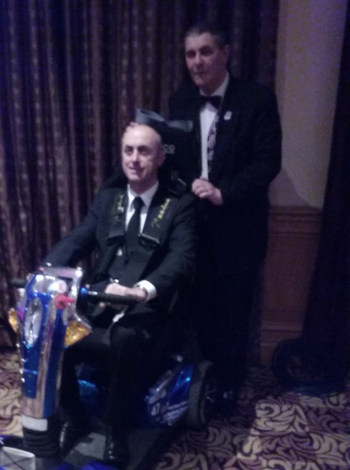 Rick Shortle, (my surrogate Dad) and race driver in the 'Hot Seat'.

Commentator Mark Werrell tries out the seat for size.

Jon-Paul Ivey an instructor friend of mine from the old days of Rockingham is kind enough to run my MS4MS MS Society awareness race-car and helmet stickers on his Radical race car. He won his race at the end of year Walter Hayes race meeting at Silverstone. well done J-P, another celebrity makes the hot seat!

Scott Moran in the seat. 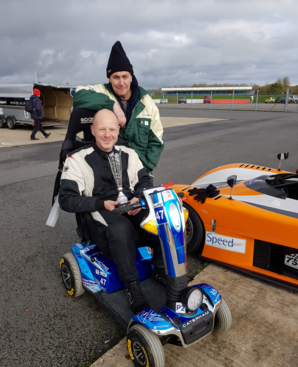 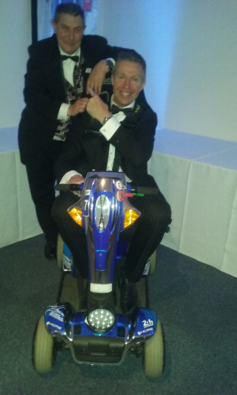 in the British Truck Racing Champ. tries out the seat. We are slightly dwarfed by the truck! 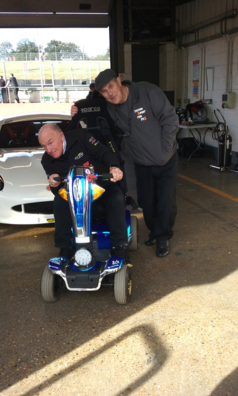 This amazing lady, Yvonne 'Vonnie' Howe was such a pivotal part of the MS4MS family that now she has left this world she deserves her place as a 'Celebrity in our hot seat'.

CELEBRITY IN THE HOT SEAT. 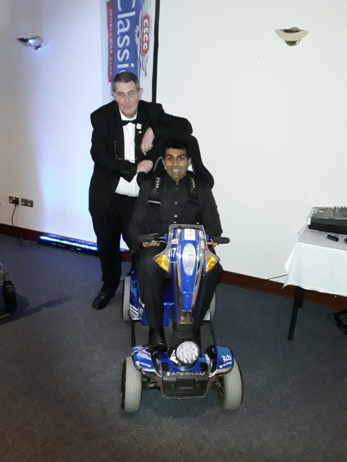 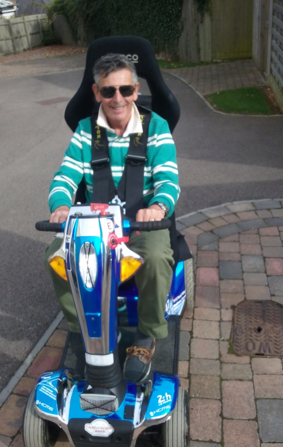 Nicky Grist, Colin McRae's Co-Driver in the World Rally Championship gets strapped into the buggy.

BTCC Champion and Le-Mans driver.....Amongst many other things! Chris Hodgetts tries out the turn in balance. 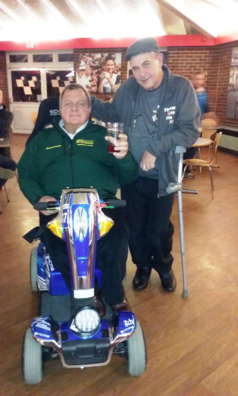 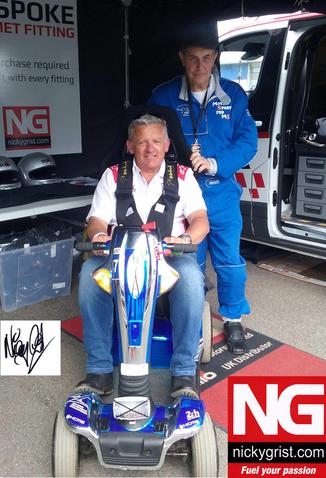 Triple BTCC Champion Matt Neil was guest of honour and after dinner speaker at the 2017 CSCC awards evening.

Ginetta Junior driver Charlie McLeod tried out the buggie on the 'Challenge [email protected]' course at Willen Lakes during the summer.

Just the man you want commentating on your race series has his turn in the seat.

Four times Hot Rod World Champion (amongst many other titles and achievements) Barry Lee takes to the hot seat. 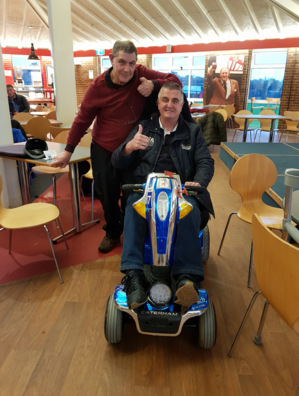 Paul Swift famous for driving everything on two wheels manages to keep all 4 on the ground in the Rockingham paddock.

The BRSCC Chairman Bernard Cotterell joins us in the Hot Seat at the 2017 Formula Ford Festival.

Richard Spedding, winner of the 2017 Guernsey Hillclimb joins us in the hot seat page. I'm having a- bad AT' day!

The cast of 'Sleeping Beauty' helped MS4MS collect £230.50 At Panto in Milton Keynes

So Dame, Florri Floppybottom (John Dowell) gets a chance to be our 'Celebrity in the Hot Seat'. 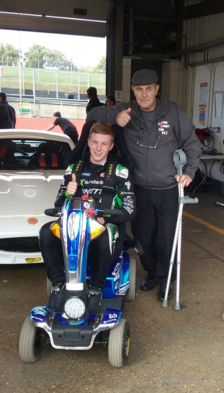 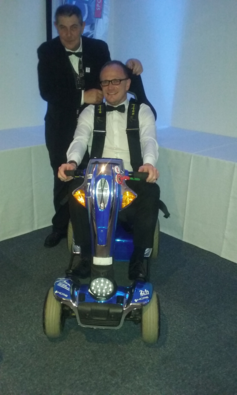 Elise and Mini driver Tina Cooper along with her partner Dave try out the hot seat. The pair finished the year as 2017 CSCC Modern Classics, Class D Champions driving the Elise.

Some more of the celebrities who tried out the hot seat at Oulton Park. Richard Attwood Le Mans winner and Formula 1 driver amongst many other things and commentator, journalist and driver Marcus Pye. 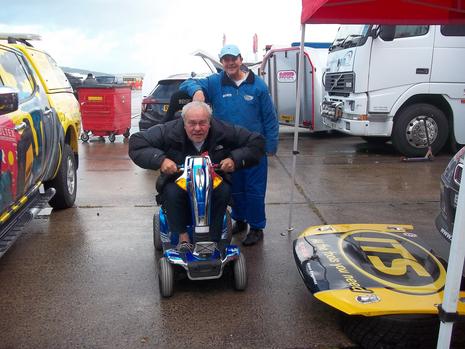 It was great to meet up with Chris Ward and Steve Soper at Oulton Park. The pair both drove fantastically to win the Historic Touring Car race at the 2017 Gold Cup race meeting. 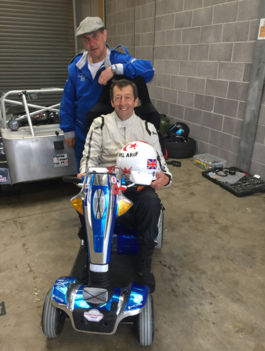 Ex Formula 1 driver, Le Mans winner and you name it, everything else driver David Brabham takes his turn in the hot seat. 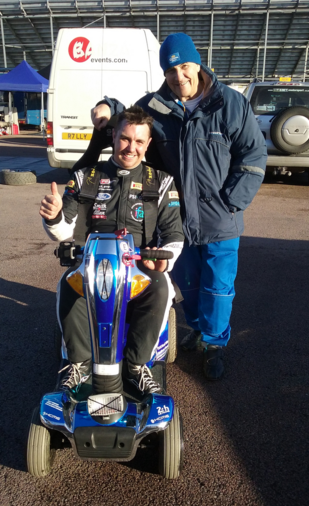 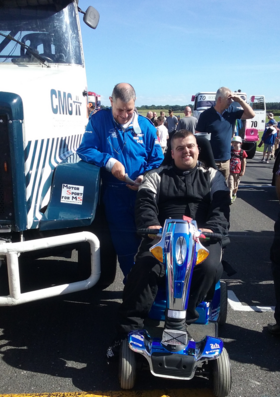 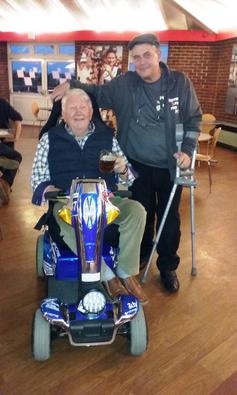 Classic Sports Car Club Chairman John Hammersley swaps his 'chair for my 'hot seat' at the 2019 annual dinner and awards presentation night. Also jumping into the 'Hot seat' for a fitting is Johns racing partner Adam Brown. Watch out for this up and coming 'Hot shot'. 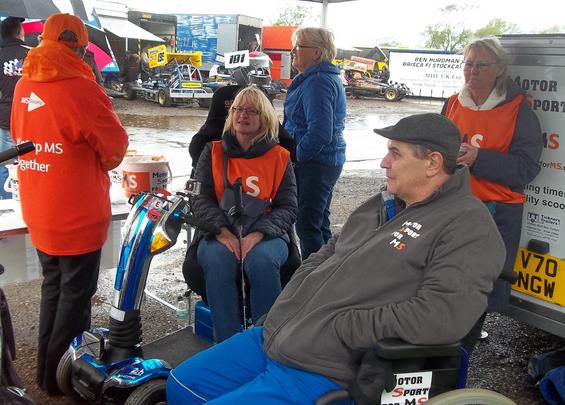 The man it's all based on!

Wil Arif in the hot seat at Anglesey Circuit.