Use this QR to access our Just giving page.

on an 8mph (ish) mobility scooter.

Raising money for the MS Society.

HOW MUCH HAVE WE RAISED SO FAR? 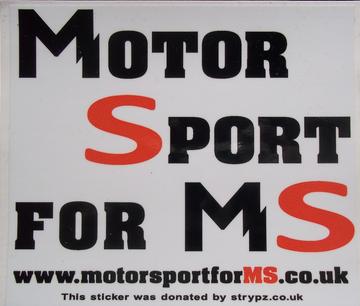 Thank you everyone at the HSCC and

A day in the sun at Curborough Sprint.

Thanks to John Sheppard photography

ACHIEVEMENTS SINCE WE STARTED MS4MS 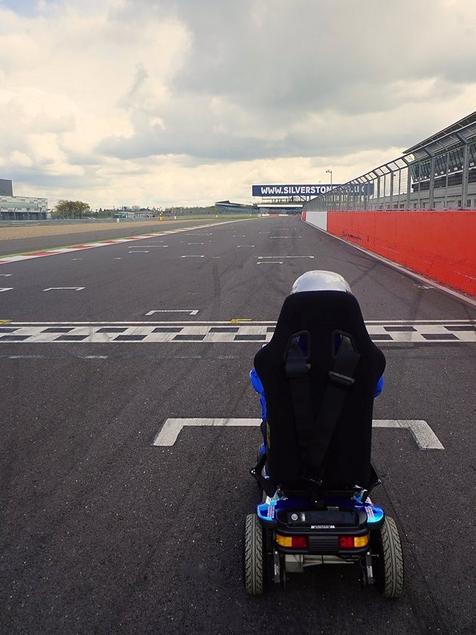 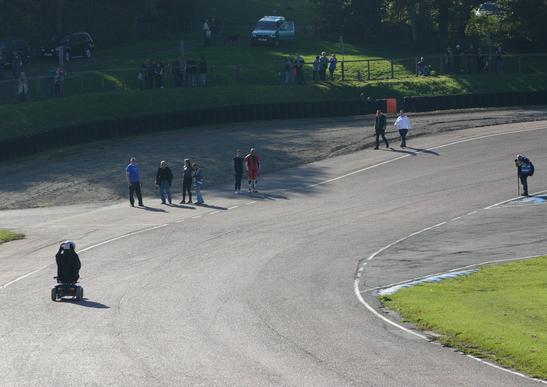 July the 2nd marked the final event before we pension off the buggy.

Newport Pagnell Carnival saw the 'Live' section of MS4MS draw to a close.

And what a way to bring the curtain down on this 'Bloody Silly Idea'. Massive thanks must go to the Ukie TooNes, the Ukelele band who, stepped up to the plate brilliantly to produce a fantastic float, and then sang and danced their hearts out all afternoon to entertain the crowds whilst they were driven by our volunteer driver Andy, through Newport Pagnell High Street. Many thanks must go to Andy Woolrich, our driver for the day, and also Dave Robertson, the owner of ASAP Transport Solutions who lent us the lorry.

The collecting team were phenomenal, and I never expected there to be so much money thrown into our buckets. The poor guys were really struggling to carry the buckets towards the end and I'm not really surprised as the weight of the 8 buckets totaled just under 50 Kilos. To give them a shout-out here, the team consisted of Karen Wilson, Syb Bergman, Simon Brodie, Simon Page, Scott Partridge, Amy Louise, Levison and Lottie, Jackie Tite, Andy and Janice Bannerman. They were real troopers and it was not only their legs and feet that were aching at the finish venue but there were many aching and bruised arms.

We collected £773 in the buckets and Ukie TooNes were generous enough to present us with a cheque for £500 from their charity account to add to our fund meaning we added some £1,400 with an online donation we received.

Thank you To Jane fuller and the Team of girls from Ukie TooNes who did the design and build of the float, it looked magnificent girls, thank you so much. 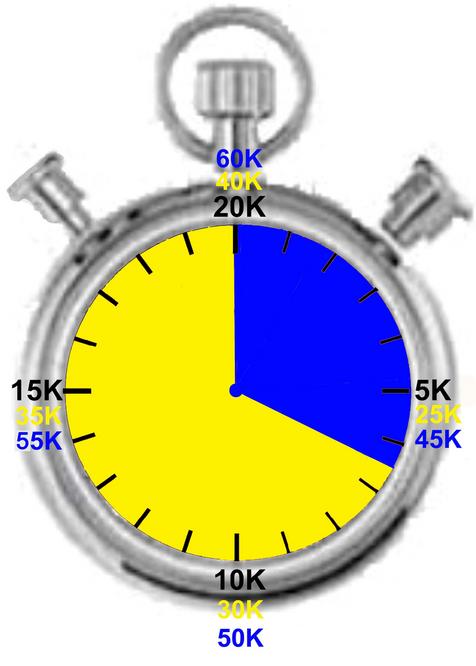 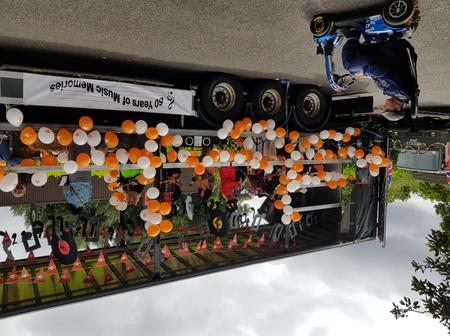 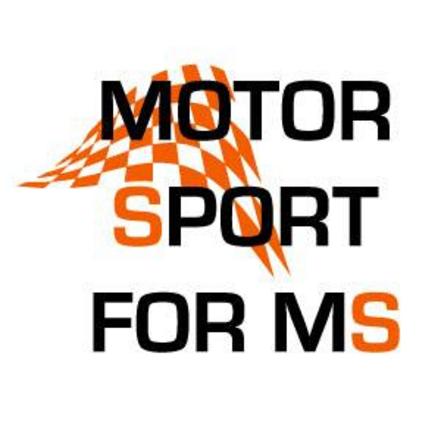 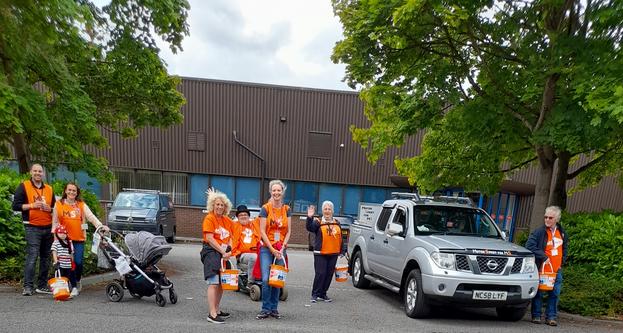 Motor Sport for MS are collecting with the full knowledge and the approval of the MS Society reg Charity No. 1139257

​WHERE IT ALL STARTED.

The loneliness of the 8mph scooter rider.

Click the photo for the theme tune and video.

Well, it's all done.

I have achieved my dream of setting an official lap time on every mainland MSA licensed race circuit.

I, along with many other people never thought I would get this 'Bloody Silly Idea' off the ground let alone manage to set 29 official lap times on fully licensed circuits!

Along the way, we have picked up the accolade of winning the MS Societies coveted '2018 Fundraiser of the year award' and raised over £48,500 for the Central MS Society along with my local MS Group and the Peterborough MS Group via my old mate Steve Markham.

Steve, who along with his wife Ann assisted myself and my wife Karen, in initially setting up MS4MS has spent 2019 as the Captain of the senior section of the Rutland County Golf Club and has been involved in various fundraising events at the club including the Captains Day Golf Tournament.

Steve and the Committee of the Seniors Section raised £6,029 which was handed via MS4MS to the Peterborough MS Group at the Golf Clubs Senior Section AGM in November.

Well done to everyone who has put any effort of any kind into the MS4MS team and thanks to you all. 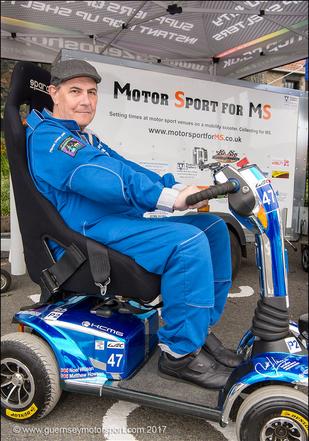 Below is an interview I did with BBC 3 Counties Radio after getting back from Lydden Hill.

​WE HAVE DONE IT.

The final corner of the final circuit.

Thank you to everyone who helped in any way to make this happen.

To our Just Giving . 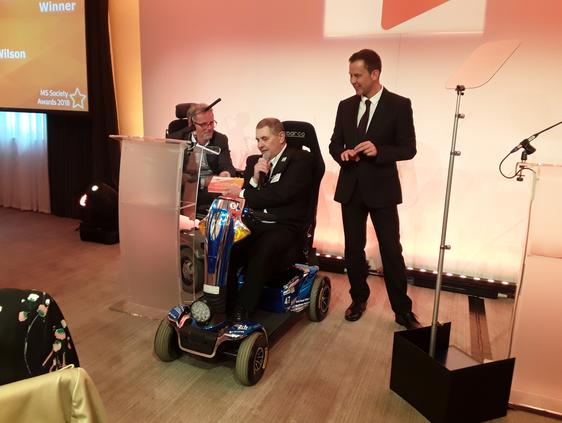 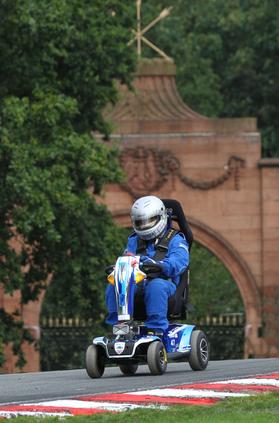 Well, what a surprise that was.

We have been named as the MS Society's 2018 'Fund Raiser of the Year' at their very glitzy awards ceremony.

My award was presented by MS Ambassador Stuart Nixon MBE.

I would like to thank everyone at the Society for putting on such a slick event and also the judging team who deemed that my little project was worthy of the award. I feel very humble.